Funded by Alberta Health, this project aims to establish a clearer understanding of LGBTQ+ experiences of opioid and substance use in the Edmonton area and respond to it in a way that is community-driven and culturally competent. Read on to learn more and learn how you can get involved.

Until now, the LGBTQ+ population has not yet been recognized as a priority population within the context of Alberta’s opioid crisis. This is not surprising given that current provincial opioid surveillance data does not track gender identity and sexual orientation.

However, as we’ve learned through previous public health crises, once the initial dust settles, sexual and gender minorities – along with other marginalized populations – often bear the biggest brunt of the negative impacts.

And although there is limited data regarding LGBTQ+ experiences of opioid use, based on the EMHC’s research of opioid use and drug practices amongst queer masculine populations, it appears as though this may likely be the case once again. Here are a few highlights:

-Opioid painkillers are the most commonly misused prescription medication amongst men-who-have-sex-with-men (MSM).1

-Prescription opioid misuse in the MSM population is associated with recent intravenous drug use (IDU), which corresponds with a heightened risk of HIV and hepatitis infection.2

-Sexualized duge use, or “chemsex,” is described as the use of drugs – commonly methamphetamine, gamma-hydroxybutyric acid (GHB), and ketamine, among others – to facilitate sex.3 It is predominantly practiced by MSM and is associated with increased risk for HIV, Hepatitis C, and bacterial STIs.3

So, instead of waiting for the “dust to settle,” we’ve decided to act now!

Since November 2017, the EMHC and Fruit Loop coordinated 3 community naloxone trainings, presented by Streetworks and hosted by nightlife venues across Edmonton. Naloxone is a drug that can stop or reverse an opioid overdose by temporarily blocking the opioid receptor, and thereby saving a life.4 We were pleasantly surprised at the community’s interest in these trainings – with 210 people having attended so far, many of whom identifying as members of Edmonton’s LGBTQ+ community, as well as Edmonton’s nightlife / hospitality industry.

Now, having successfully obtained this funding, we’re excited to announce a full year of further opioid and substance use awareness activities, including but not limited to:

-The delivery of a one day harm reduction symposium

-The development and delivery of an opioid awareness social media campaign, featuring local community members with personal experiences and expertise related to opioid and substance use

The opioid crisis remains a significant health challenge in Alberta, with 2017 seeing a 40% increase in opioid-related deaths.5 Here is what representatives from the EMHC, Fruit Loop, and Streetworks had to say when we spoke with them about the opioid crisis and the work that will be undertaken by this project.

“If you were just to look at that on the surface it could be disheartening: we’re doing more, we have naloxone kits out there, but then we still see that the numbers have increased. I think it speaks to the number of people we’re not reaching. It speaks to the hiddenness of substance use. I think that those combined factors really add up. And the fact that if a person was going to start using opioids, right now would be one of the most dangerous times because you have a super potent opioid out there that comes in a variety of strengths.”

“Everything we know about the motivators for substance use, the additional stressors faced by minority populations, and the challenges faced by LGBTQ+ individuals related to accessing inclusive, quality care and services, paints a picture where LGBTQ+ Albertans are disproportionately impacted by opioid and substance use. So, we’re not willing to wait another two or more years for additional research and analysis to be complete. We are going to act now to ensure that members of our community are equipped with the skills, tools, and knowledge necessary to keep themselves and those they care about safe.”

“This is a fantastic opportunity to raise awareness of the opioid epidemic and to pair that with practical, hands-on training that can really make a difference in saving someone’s life. Making this training available for the LGBTQ+ community and nightlife industry staff is an important step in tackling the opioid epidemic and ensuring that those who might benefit most from this type of training will have access to it. We’re proud to partner with EMHC, Streetworks, and others on this initiative.”

Are you as excited about this project as we are? Want to get involved? Here’s how you can contribute!

Are you a person who uses opioids or other substances? Help us learn more about your experiences by completing the survey below: 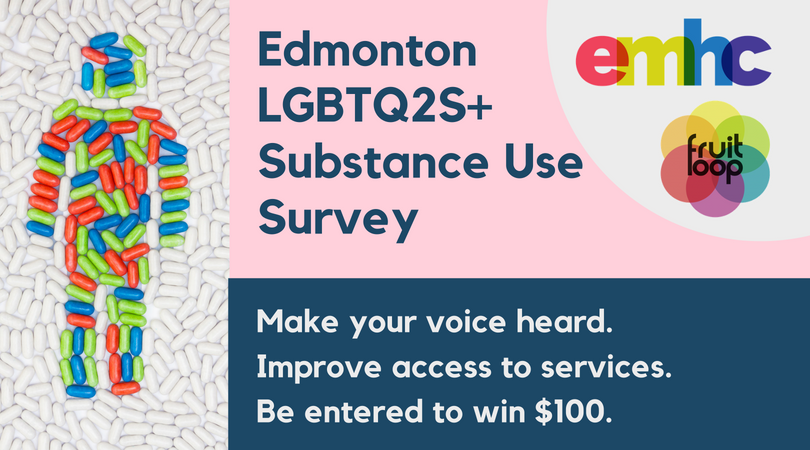 Are you a person who currently uses or has previously used opioids or other substances and are interested in participating in focus groups, our community advisory committee, or telling your story as a part of our social media campaign? Sign up below:

Are you a healthcare expert, service provider, business owner, or venue wanting to support this initiative through providing your expertise, access to venue space, or discounted catering? Contact us below!